In 2013, at Nelson Mandela’s funeral, Thamsanqa Jantjie stood beside Barack Obama and many of the world leaders and pretended to be translating their speeches. In reality, he was just waving his arms around and anyone who could understand sign language knew that he had no idea what he was doing

The man who sold the Eiffel Tower, twice

In 1925, a conman called Victor Lustig sold the Eiffel Tower to a scrap metal dealer called Andre Poisson. At the time there were reports in the newspapers about the exorbitant costs of maintaining the tower and Lustig decided to take advantage of this. He passed himself off as a government official and invited six scrap metal dealers to bid for the tower. He selected one, Andre Poisson, took the money and made his getaway.

Poisson didn’t report the scam because he was too embarrassed. Having got away with it once, Lustig decided to sell the Eiffel Tower a second time. He selected another six scrap metal dealers but this time one of them reported him to the police.

The pop singers who didn’t 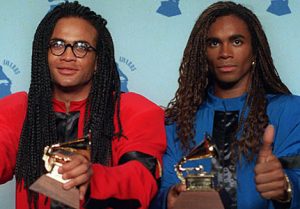 In 1990 the pop duo Milli Vanilli (Fab Morvan and Rob Pilatus) won a Grammy Award for best new artists. However, later that year, during a live performance in Connecticut a tape recorder jammed and began to skip, and the truth came out. They were lip-synching. But there was more to it than that. In fact, Morvan and Pilatus hadn’t sung on any of their records. The vocals were by other artists. 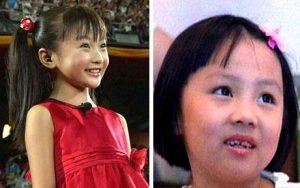 At the Opening Ceremony of the Beijing Olympics in 2008, a nine year old girl, Lin Miaoke, (on the left) impressed the world with her cuteness and beautiful singing voice. However, it turned out the voice we heard wasn’t hers. The real singer was a seven year old girl, Yang Peiyi, (on the right) but the officials decided that her crooked teeth meant she wasn’t pretty enough for the opening ceremony.

There are numerous other examples of frauds, spies, stock market schemers, criminals, liars. These are real imposters. They are claiming something that is not true.

A real imposter is a person who pretends or claims to be able to do something or have specific abilities despite not having the skills, background, or experience.

So are you an imposter?

Well it’s pretty easy to work out. Have you been lying? Have you fabricated your qualifications? What is the evidence? If you really did earn your achievements, then you are not an imposter.

But even though you are not an imposter you can still feel like one. Do you?

Extract from The Imposter Syndrome.
This entry was posted in Real imposters. Bookmark the permalink.